POSitec Solutions. Inc was honored to attend the 20th Anniversary Celebration for Pharmasave Ontario that was held at the JW Marriott Resort and Spa at Lake Rousseau in Ontario on September 23rd and 24th, 2017.  Pharmasave Members and their families, Region Office staff,  along with Vendor Partners were able to enjoy the glorious weather and events, including evening fireworks to celebrate this memorable event.  Pharmasave, which launched in Ontario in 1997 with 17 stores, hit the 300-store milestone this year — its 20th anniversary — and plans to open another 100 stores by 2022.

According to Pharmasave Ontario CEO Doug Sherman, the secret behind the success of the member-owned, member-governed cooperative is a unique business model supported by a strong belief that touch and technology go hand in hand, a strategy that is enabling members to continue to grow at a fast rate.

“We’re like the Cheers of pharmacy – it wouldn’t surprise me if 99 per cent of customers who walk into a Pharmasave store are known by name,” said Sherman, who joined Pharmasave in 1998. “At the same time, we are at the leading edge of technology, constantly introducing new products and services to help our members operate more efficiently,” he said.

“The result is an environment where no two Pharmasave Ontario stores look the same, yet they all feel the same,” Sherman explained. “Technology helps us to be more efficient in our processes but touch remains a critical part of our culture when it comes to caring for both our communities and our members,” he added.

Relationship-based service is the cornerstone of the Pharmasave brand, which originated in British Columbia in 1981. Nationally, the company operates more than 600 stores in nine provinces, meaning roughly half of its business is in Ontario. Pharmasave was founded with the goal to be Canada’s best community pharmacy and continues to advance the pharmacy profession through advocacy and industry-leading programs, adding 70 stores nationally over the past two years, with many more in the 2017 pipeline. 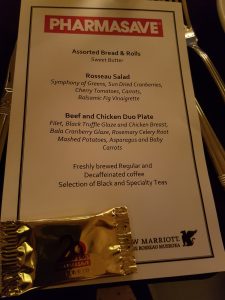 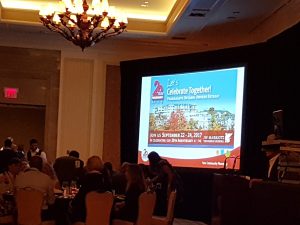